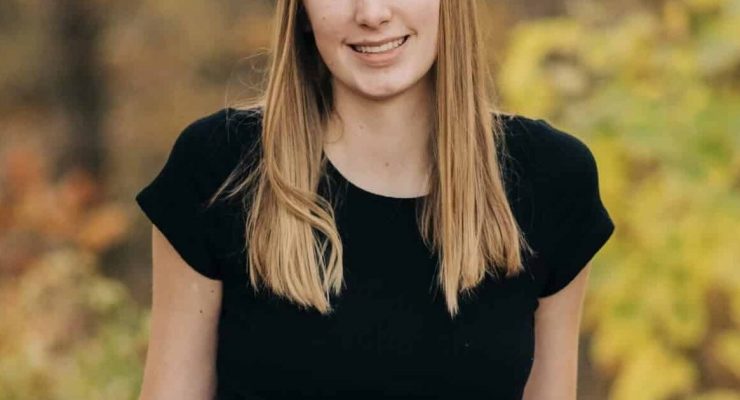 Lina will receive the Lilly Endowment Community Scholarship which provides for full tuition, required fees and a special allocation of up to $900 per year for required books and required equipment for four years of undergraduate study on a full-time basis leading to a baccalaureate degree at any eligible Indiana public or private nonprofit college or university. Lilly Endowment Community Scholars may also participate in the Lilly Scholars Network (LSN), which connects scholars with resources and opportunities to be active leaders on their campuses and in their communities. Both the scholarship program and LSN are supported by grants from Lilly Endowment to Independent Colleges of Indiana (ICI).

Lina is considering attending Franklin College to pursue a degree in biology. Lina is the daughter of Gabriele Leatherman of Madison and Robert Leatherman of Seaside, Oregon. The three-sport varsity student athlete is ranked #2 in her class and serves as Student Council vice-president. She also participates in National Honor Society, Hispanic Cultural Society, Academic Bowl, and Model UN.

Upon learning of the award Leatherman commented, “I am very grateful for receiving the Lilly Endowment Community Scholarship because it provides me the opportunity to attend a great college where I can focus on my studies to become a physician assistant. I am thankful for everyone who has helped and supported me through my journey.”

Independent Colleges of Indiana, Inc. (ICI) administers the Lilly Endowment Community Scholarship statewide and selects the final recipients. ICI is a nonprofit corporation that represents 30 regionally accredited degree granting, nonprofit, private colleges and universities in the state. The scholarships are the result of a statewide Lilly Endowment initiative to help Hoosier students reach higher levels of education. Including the 25th cohort, 5,000 full-tuition scholars have been awarded and over $439 million in scholarship tuition has been provided since the program’s inception in the 1998-99 school year.